Clear your skin while you heal your lungs

Halotherapy, or salt therapy, is the practice of breathing in microparticles of salt in a small environment. Once the salt particles are inhaled, they penetrate deeply into the lungs which help to provide relief for respiratory conditions such as asthma, common cold, allergies, bronchitis, cystic fibrosis, COPD, and more.

A regimen of dry-heat salt therapy is very beneficial for people who also have skin conditions such as psoriasis, eczema, cosmetic surgeries and acne.

In the past two to three years Halotherapy has become popular inside of infrared saunas. This makes a lot of sense to me as it is small space, the perfect dry and hot climate and meshes very well with the benefits of infrared therapy. Personally, I’m all for having a salt diffuser in my sauna to get the maximum benefit from my 30 minute session as possible.

In 1843, a Polish physician named Felix Boczkowski realized that salt miners at Wieliczka suffered far fewer respiratory issues than other miners, as well as the general population. Soon thereafter, he published a paper titled, “About the Breathing of Salt Dust;” which was the first study on the effects of salt inhalation.

A few years after this discovery, Dr. Boczkowski (who happened to also be a very smart business man), opened the original salt health facility at the Wieliczka Salt Mine. There he provided salt baths by utilizing underground natural brine. Additionally, he would take asthma patients down into the salt mines for regular inhalations.

A hundred years later in 1949, a German Dr. K.H. Spannahel, had observed during WWII that civilians hiding in salt caves from constant bombings had positive respiratory health benefits. He presented the creation of the “Klyutert Cave” which would be a place to conduct the systematic approach to confirm the medical effectiveness of underground salt environments and their respiratory benefits.

In the early 1900s, Eastern-European doctors and engineers were able to simulate the air conditions inside of salt caves. In modern-day Halotherapy, (“halo” means salt in Greek) a small generator blows fine microparticles of salt into a small space. Because of this invention, salt therapy was able to be studied and then used in European hospitals to treat respiratory ailments.

As Halotherapy became more popular in the medical community, the need for further research became a necessity. In 1985, in order to perform ongoing studies and specified research, The Institute of Balneology was created in Odessa, Russia. Here they developed the first medical Halotherapy device. This device replicated the grinding and crushing of salt that would then diffuse the salt microparticles into the air.

You could argue that Halotherapy was “invented” in a medical environment, but I believe the knowledge of Salt Therapy is ancient. There are stories of Catholic monks bringing in sufferers of respiratory issues into caves in Roman times to help alleviate symptoms. Personally, I believe this knowledge was simply lost. Once the fall of the Soviet Union happened, this knowledge was spread to the rest of the world and was able to be used inside of different applications. 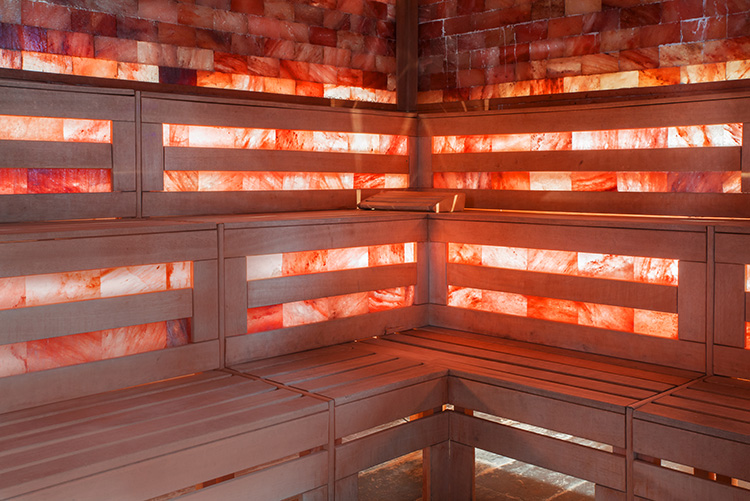 As it is not realistic for people to have their own salt caves, small halotherapy diffusers are a new option for incorporating salt therapy into your home or sauna. These generators are the easiest and fastest way to inhale fine salt to get the most health benefits—even faster than salt lamps or walls (seen in the photo above). While I personally have Himalayan salt lamps in every room in my house, I believe salt diffusers to be much more effective in the sauna environment as they can diffuse well over 100 times more fine salt particles in a 30 minute sauna session. 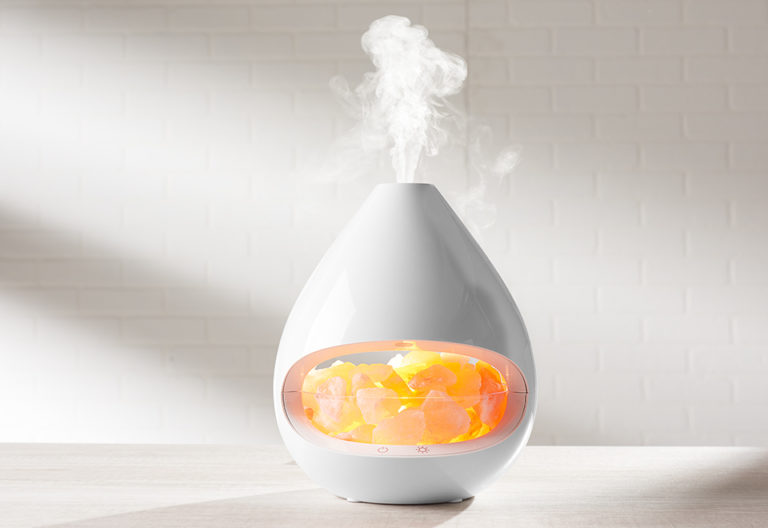 By using a high quality salt diffuser in your sauna, it spreads ultra-fine Himalayan salt throughout the entire sauna cabin for the entire duration of your session. This enables the healing effects of the salt to reach the deepest parts of your lungs, bronchioles and alveoli, providing your body with the maximum potential health benefits.

The powerful healing properties of Halotherapy are earning the attention of some of the world’s most advanced medical institutions and publications. Many believe that when people inhale this salty air, it can help stimulate their respiratory system, reduce inflammation, fight infection, clear blockages and reduce discomfort. Many people who use Halotherapy claim that their respiratory issues to be greatly benefited with increased lung capacity, greatly reduced stress, a boosted immune system and enhanced sleep! 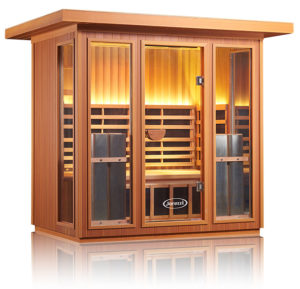 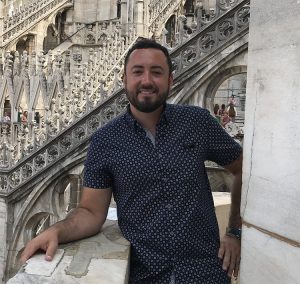 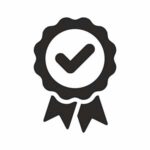 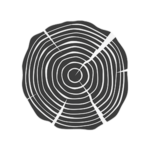 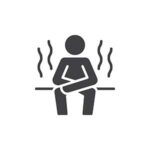